Tested batteries used in Electric bikes made in China are sealed lead-acid batteries with calcium alloy grid. Battery made by Zhanjing Sanyang Storage Battery. We used Super-K solutions by mixing 2 grams of Super-K with one litre of sulfuric acid (of specific gravity 1.28).
Chart shows battery discharging capacity by number of discharging in the cycle tests. Battery was discharged by 5 A until battery voltage goes down to 10.5 Volts. Charging was done with 2.5 A input until battery voltage goes up to 15 Volts.
With tests up to 300 cycles, batteries without addition of Super-K went down to 50% in battery capacity. But, batteries with Super-K added almost maintained their battery capacity.
The photos below are microscopic photos of negative electrode.
(a ) is without Super-K. (b ) is with Super-K.
We can see more fine active materials in (b ) with Super-K. 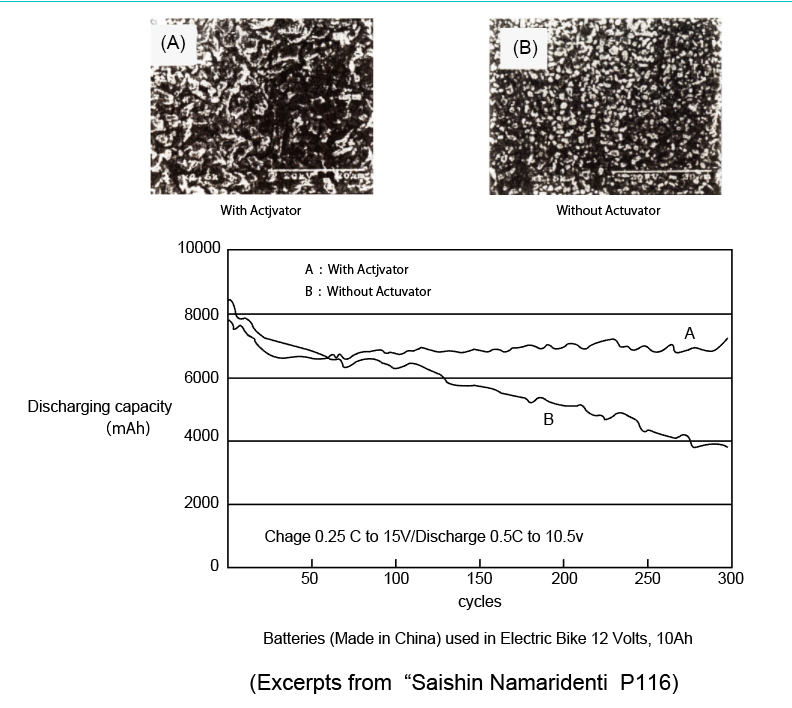 Based on the research studies over a period of 15 years since 1990, we tested our ITE organic activator in 200 working truck batteries used by the Sanwa Transportation Corp. located in Tokyo, Japan.
Graph below shows Battery changes per year for 200 truck batteries used by the Sanwa Transportation Corp.
The company has maintained good battery replacement records over the past several years. As shown in graph, the average battery replacement was 56 in 200 trucks used in our tests.
In 1998, the replacement was very low (only 39) since the company purchased a large number of new trucks. We began to add our activator to the trucks in 2001 and the addition to all 200 trucks was completed in 2002. After 2003, the organic polymer activator addition was done once a year at the government inspection time. In Japan, such an official inspection for trucks, buses and taxis is required once a year by government regulation.
Since the completion year in 2003, no battery change was needed in their trucks. Therefore,
it is suggested that the battery life is 8 – 10 years by adding our ITE activator once a year.
For private passenger cars, such a required government inspection is required once every two years. But, activator addition should be done once every year. 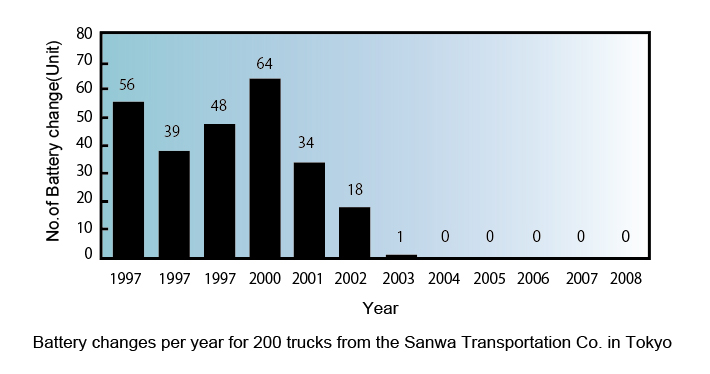 Super-K activator was added in 50% smaller capacity batteries on 20trucks for five years:

We tested to use 50% smaller capacity lead-acid batteries in 20 trucks by
adding 0.5 gram of Super-K activator in each battery cell once a year,
with co-operation from Sanwa Transportation Company in Tokyo.
We tested for 5 years, and result was excellent. It was not necessary to
use any reserve batteries, and 5 batteries showed deterioration out of the
twenty after 5 years of use. The test confirmed that 50% smaller than
originally equipped battery can last for 5 years of use with our Super-K
activator. 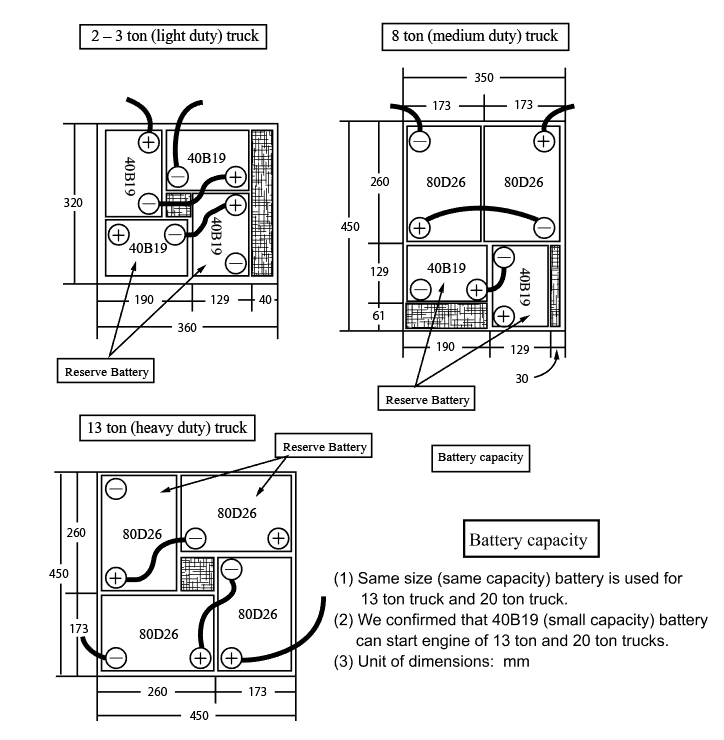